MENU
James Buchanan Brady was born in a poor working-class section of New York City in 1856. He worked at his father’s saloon, where he lived in such deprivation that he often went hungry for lack of food. This, it has been said, explains his notorious and excessive eating habits as an adult. His father was also an ardent Democrat, so he gave his son the middle name of Buchanan after James Buchanan who was elected President in 1856, the same year his son was born. James’ father worked in cooperation with dishonest sea captains who were always on the look-out for men to “shanghai” (kidnap) and force to serve as sailors on long ocean voyages. “Knock-out drops” would be slipped into the drinks of unsuspecting men, and they would wake up the next day on a ship far out at sea.

As a result of this unsavory and poor upbringing, the eleven year old Jim ran away from home and within a few years landed a job as an equipment salesman for the New York Central Railroad. He developed into an extremely effective salesman, becoming very charming, affable and personable. Over the years he earned a reputation of being able to sell anything to anyone. His skill as a “super-salesman” translated into a great amount of money, and he began to live the life of a wealthy and successful individual. So,by the age of thirty he had accumulated a sizable fortune and could afford anything he wanted. He had earned a fortune on commissions from the sales he had generated and had wisely invested his money in various businesses until, eventually, he did not have to work at all. (Note: no income taxes were paid at this time.) Then, he turned to a life of excess and pleasure.


One of Jim’s famous sayings was, “If you’re going to make money, you have to look like money.” He acquired a vast wardrobe of over 200 custom-made suits and 50 silk top hats. Mostly, though, Jim loved diamonds. He felt that a man without diamonds was a man without power. He sported a cane that had a 3 karat diamond imbedded in the knob of its head. He wore what were considered the largest diamond rings in the city of New York. In Jim’s words, “Them as has ’em. wears  ’em.”

He wore as many diamonds as he possibly could. He wore diamond cuff links, diamond shirt studs, diamond encrusted belt buckles, diamond vest studs, diamond encrusted watches with large diamonds where the numbers on the face of the watch should have been. One of his many bejeweled watch chains weighed in at 83 emerald karats. The combined weight of one of his diamond rings and his favorite diamond scarf pin (each with only a single stone) was 58 karats.

It was said that when “Diamond Jim” walked down the streets of New York City at night, the electric lights made him glitter like a Christmas tree. When strolling along Broadway in the evening it was estimated that he was wearing on his person approximately 2,500 diamonds. This number may, or may have not, included the large number of small diamonds he carried in his pockets to give to waiters, servants and anyone else who pleased him with either good service or friendly words and conversation.

Jim was a shrewd businessman and accumulated much of his jewelry collection (he collected things other than diamonds as well) by visiting upper-end pawn shops to purchase whatever caught his eye. He was well aware that jewelry stores drastically marked up the price of diamonds. (Note: “A diamond is forever” is commonly credited with being the #1 advertising slogan of the 20th century. The slogan counters the fact that that diamonds are relatively common, not rare, and the high price charged for them reflects the enduring love the giver feels for the recipient. But, I digress.)

How excessive did Jim get in creating a lavish life style for himself? Three details reveal an answer. Jim played poker at his New York City home with poker chips made from onyx and mother of pearl. Each year Jim gave an interior decorator $750,000.00 to completely redesign and redecorate his mansion. He gave away his priceless furniture to friends, and spent hundreds of thousands of dollars on new furnishings. Finally, the cows on his farm in New Jersey were milked using gold-plated buckets. 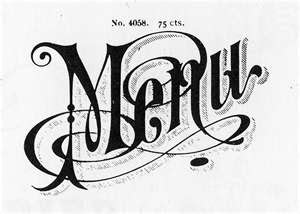 In addition to diamonds, another love of Jim’s life was food, and he indulged himself to the limit. Here is, according to story and legend, a typical daily menu consumed by “Diamond Jim” Brady:

A large steak, pork chops and a plateful of eggs. This would be followed by a stack of pancakes with maple syrup, hominy grits and bacon, fried potatoes, cornbread and a half dozen muffins. He would wash down this meal with a pitcher of milk and a gallon of orange juice, Jim’s favorite drink, since he consumed no alcohol of any kind. 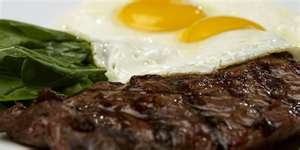 Late Morning Snack:
Around 11:30 A.M., to tide him over until lunch, he would eat 2-3 dozen clams or oysters.
Lunch: 12:30 P.M. each day:
His usual fare included two broiled lobsters, more oysters, and deviled crabs. That would be followed up by a large steak, or joint of beef, 2 large portions of terrapin (turtle meat), and 2-3 pieces of fruit pie. For dessert (He wasn’t finished yet!) he would enjoy a 2lb. box of chocolates – he said it helped settle his stomach!
Dinner:He would begin with approximately 30 oysters. Moving on, he would consume six crabs and then enjoy two bowls of green turtle soup. Then he would move on to the “main” courses, which would include 6 lobsters, a couple of canvasback ducks, and a steak with vegetables. This was followed by a tray of pastries, and, to finish it all off, his customary 2lb. box of chocolates. As usual, he washed down the entire meal with several quarts of orange juice. He never drank coffee, tea or alcohol.

A few game birds and more orange juice.
How did Jim know when he had had enough to eat? He explained his eating strategy thus: “Whenever I sit down to a meal, I always make a point to leave 4 inches between my stomach and the edge of the table. And then, when I can feel them rubbin’ together pretty hard, I know I’ve had enough.”
During one meal, he was sampling some chocolates from a small Boston, Massachusetts, candy maker, the Page and Shaw Candy Company. He liked them so much (he ate 5lbs of them during this single sitting) that he ordered several hundred boxes of the chocolates for both himself and his friends. “Best goddamned candy I ever ate,” Jim declared. However, the Boston candy maker informed Jim that they could not fill such a large order because their factory was too small. In response, not wanting to be deprived of something he so much wanted, Jim wrote out a check to them for $150,000.00 and told them to double the size of their factory. Jim’s terms for the loan were as follows: it was interest-free; all they had to do in return was provide him with chocolates for the rest of his life. His candy bill, per month, was estimated to be, on average, $3,000.00 in the currency of the day.

Needless to say, “Diamond Jim” was a lavish and generous entertainer. Not satisfied to host a single party for his friends and acquaintances, he was known to hold as many as 15 parties, at the same time, at various locations around New York City.

Jim once gave a party in honor of of one of his race horses, “Gold Heels.” The eating and drinking went on from 4:00 P.M. until (9:00 A.M. the next day, and, before the guests left, he gave out party favors which were, for the gentlemen, a diamond studded stop watch, and, for the ladies, an elegant diamond studded broach. The gifts each cost, in the currency of the day (circa. 1900), $1,200.00. No wonder that “Diamond Jim” Brady became the embodiment of the excesses of the “Gilded Age.” 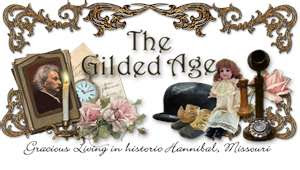