In the 7th century A.D. it was common practice for people to respond to someone sneezing by saying words that meant, in effect, “congratulations,” “good job,” or “way to go.” This was done because it was believed that sneezing was the body’s attempt to expel the devil or an evil spirit from the body. Sneezing was a positive thing, the body’s attempt to bring its spirit closer to God. At this time in history, the connection had not yet been made between illness and the act of sneezing. However, an epidemic of plague swept through Europe causing the deaths of tens of thousands of people. One of the symptoms of this plague was the onset of violent fits of sneezing. Death would soon follow. As per past practice and habit, people were complimenting and encouraging a huge number of people upon their sneezing – and then these same people would die an agonizing death. 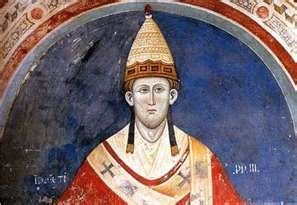 An image of a Pope from the 7th century.

The Pope in Rome got wind of the situation and issued a Papal Decree ordering the  Christian/Catholic people of Europe to stop the previous practice of congratulation and encouragement, and institute the use of the words “God bless you” in their place since sneezing now seemed to mean that death was soon to come. 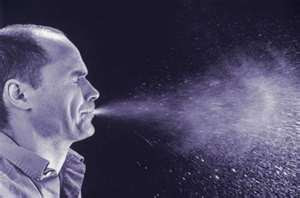 A sneeze comes out of your nose and/or mouth at over 100 MPH.

That is why today we say “God bless you” or “bless you” when someone sneezes. We do not believe the person is near death and is in need of a blessing. But over 1300 years of linguistic habit is hard to overcome, and modern medicine has taken away the old idea that if we sneeze we are soon going to die. 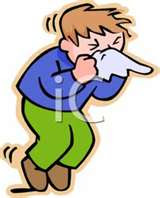