In England, before 1694, the most popular colors for judge’s robes were green, scarlet (red) and violet – apparently, you had a choice! In 1694, Queen Mary II of England (pictured below) died and was buried in Westminster Abbey in London. 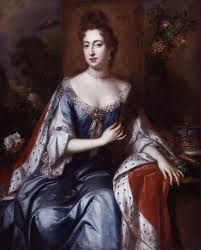 At her funeral, all the judges in attendance wore their official judicial robes – but wore them in the color black as a symbol of mourning for their deceased monarch. The mourning period for the passing of Queen Mary was extended over several years and most, if not all, judges continued to wear black robes. By the time the mourning period had ended the wearing of black robes had been established as the norm for judges in the courtroom. 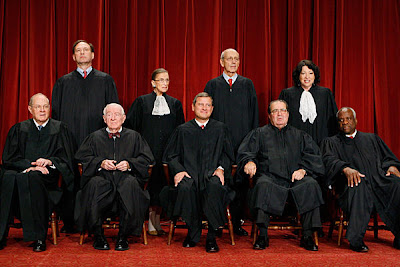 The practice spread to the Americas and, to this day, U.S. judges wear black robes in their courtrooms. This story brings to mind all those photographs of the Supreme Court Justices I have seen in history textbooks, newspapers and magazines.

That’s all for now.