When Columbus and his men reached the West Indies in 1492, they found the natives sleeping in hanging beds called “hamacas.” Sailors borrowed this idea immediately for two good reasons. First, it made it possible for them to avoid sleeping on the often wet and filthy floors and decks of their ships. Second,  it was a way to prevent rats, always common on ships, from scurrying across their bodies while they slept. 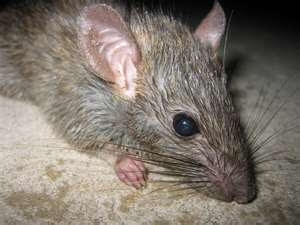 Columbus and other Europeans brought rats with them to the Americas.

Borrowing from the original Native American word for the thing itself, we now call these hanging beds “hammocks” and they are somewhat of a symbol of summertime leisure and relaxation. (Note: European explorers, beginning with Columbus, were responsible for introducing rats to the Americas.)

Hammocks have come to be a symbol of summertime leisure, although they had a very practical origin.

And speaking of rats, here is a video called “Five Fascinating Facts About Rats.”