Some historians believe that the practice of “tipping” began in England in the 1600s when restaurants had small boxes labeled “T.I.P.” (to insure promptness) mounted on the wall near their entrances. Before being seated, customers placed coins in the box in order to guarantee that the service would be good and the food tasty. This does make more sense than giving money at the end of a meal for the service (or lack thereof) provided. By then it is too late to encourage promptness and quality.

Some word historians dispute this story and offer the following explanation. The word “tip”, they say, is a piece of underworld/street slang, dating from at least 1610, which meant to pass on, to hand to, or, especially, to pass on a small sum of money. It took about a century after this for the word to acquire the meaning of giving (verb form) a gratuity for service provided, or for it to refer to the sum of money (noun form) itself. 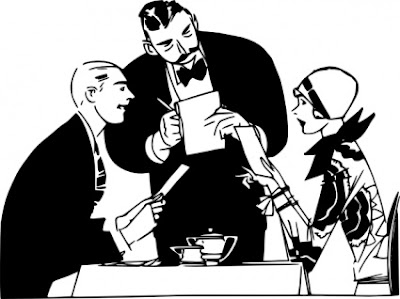 And what does this have to do with capital punishment? The Latin word “cap” means “head.” (Thus the word for the thing we wear “ON” our head) Suffering capital punishment, then, literally meant having your head cut off. This could be a messy business, and to guarantee that the executioner got the job done in, hopefully,  one clean stroke, the condemned person would give the executioner some coins, or a purse of coins, to encourage him to get it right the first time. One can see the possibilities for abuse of this position. Anyone who did not give a “tip”, so to speak, (to insure promptness), may have had to suffer through a painful and lengthy execution. 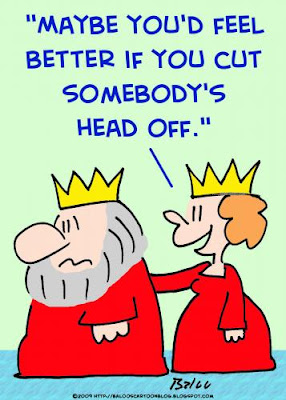 When Mary, Queen of Scots, was condemned to death  by Queen Elizabeth in the 16th century it took the executioner 15 whacks to, finally, sever her head from her body. This example would encourage others, in the future, to pay the executioner in advance for a swift exit from this life.

Mary Stuart, Queen of Scots, on the chopping block.

Other word historians believe that a better theory for the origin of the word “tip” is that it derives from the Dutch word “tippen” which means “to tap” and referred to the sound of a coin being tapped against a glass at a drinking establishment in order to gain the attention of the server or bartender. The prominence of the Dutch in the early history of New Amsterdam (now New York) gives credence to this explanation.

The Dutch word “tippen” may be the origin of our word “tip.” Tapping a coin against a glass would certainly get a bartenders attention.

There you go. Three stories about the origin of “tipping.” Take your pick.