The word “Christ” comes from the Greek word “christos” which means “messiah.” Forensic anthropologists, geneticists, and other scientists have come up with a picture of Jesus much different from the one most of us are familiar with (such as the one below). 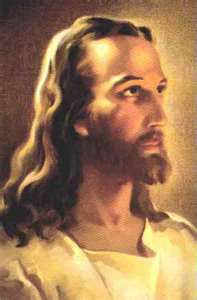 Using the best techniques available to science, they have come up with a “best guess” image of what a male individual living in that place and at that time would have looked like. Not an image of Jesus, but a general idea of his appearance. The results? Jesus had dark rather than light-colored eyes, he was bearded as was the practice in Jewish tradition of the day, and his hair was probably short with tight curls. 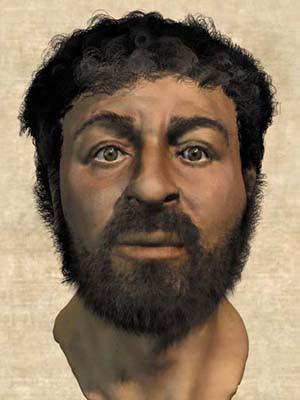 The average height of a Semite male at that time and place was approximately 5’1,” and he would have weighed in at around 110 pounds. Since he was a carpenter until the age of 30, working outdoors much of the time, scientists say he was probably muscular and physically fit. His face may have been weather beaten because of exposure to the elements and he may have appeared to be older than he was. So what emerges is an image of a short, muscular man with short, curly brown hair, a dark and swarthy complexion reflecting his Middle Eastern roots. 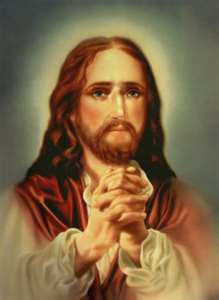 Note the hands folded in prayer.

Some Biblical scholars believe that Jesus was an average (in appearance) North African – Middle Eastern – Asian man of his time, who was multi-lingual because he lived in a place which was at the crossroads of the various trading routes between Europe, Africa and the Middle East. Some Biblical scholars have speculated on the possibility of Jesus being black, and there are many images of the black Christ and Virgin Mary in the history of art. 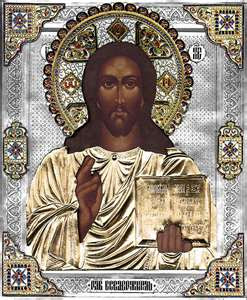 The possibility of Jesus being black has been discussed by Biblical scholars.

The speculation will continue, and we may never know what Jesus actually looked like. The one thing we do know is that his image has been adjusted over the course of time to accommodate the cultural and historical forces at work in various places around the world. Each nation or culture has somewhat “hijacked” the image and remade it into what was acceptable at that time and place. 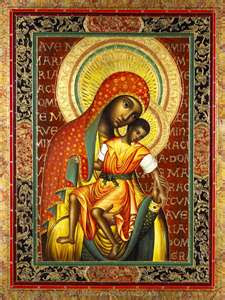 Painting of a black Madonna and child.

And the image below of a strikingly caucasian Jesus Christ is historically inaccurate in another way. His hands are being folded together in prayer. It was not until centuries after the Christian Church was established, probably near the beginning of the Middle Ages, that the practice of praying in this pose became commonplace. 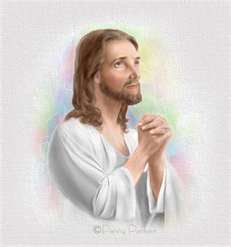 Before that, the traditional appearance of an individual in prayer was that of being in either a standing or kneeling position, with arms folded on top of each other across the chest, and with the head bowed submissively. The picture below is of a student whose history teacher is having  them assume the pose originally used by individuals in prayer.

Student demonstrating the posture used to pray up until the Middle Ages.

And what does this last story have to do with one of the most popular snack foods in the United States? To me, this is where it gets interesting – making connections. We started with the historical image of Christ and are embarking on what appears to be an unrelated topic. But is it? 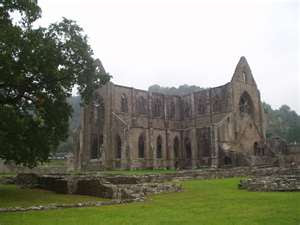 Ruins of a Medieval monastery.

In the 7th century A.D., in a monastery in northern Italy, a monk who resided there was in charge of two tasks: he baked bread for the residents of that religious community, and, he was the choirmaster who rehearsed with the young boys of the surrounding area so they could sing at the masses held on Sundays. Evidently he was a very good choirmaster and his young charges were admired for their singing skills in praise of God.

His other job as baker offered him a chance to alter “snack” history. Whenever he baked bread he would occasionally have extra dough left over and he decided it would be an opportunity to show his appreciation to his choir members for their wonderful efforts. But, what to do? 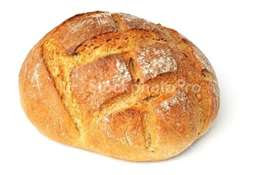 The anonymous monk was the bread maker, as well as the choir master, for the monastery.

To simply bake the dough into small loaves of bread seemed, to him, thankfully, not special enough a gift. He started to play  around with the configuration of the dough in various imaginative manners. Finally he rolled them out into long, rope-like strands. Step number one was completed. But what to do with these strands? This is where his imagination kicked in because he remembered the image of his young boys praying during church services. Unlike today, and as previously mentioned, members of the Christian church prayed by crossing their arms across their chest and bowing their head. 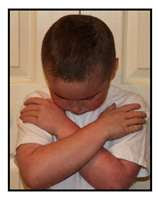 A child in the original prayer pose

Thus, this act provided the inspiration for the shape of the gift this monk was about to create. He twisted the strings of dough into the crossed and rounded shape of the arms of the boys at prayer. He baked them and brought them to the next choir practice and they were an instant sensation with the boys. The monk called these treats his “little gift” to them. The Latin term for these words is “pretiola.” Over time, this word evolved into one more familiar to us: “pretzel.”

Look closely and you can see the folded arms of the choir boys as they engaged in prayer.